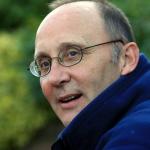 Nigel Chamberlain worked as a consultant to the British American Security Information Council (BASIC) in 2006 after having been a full-time employee at their office in London from 2002 to 2005. His major published contributions were 'US-UK nuclear weapons collaboration under the Mutual Defence Agreement', 'Breakthrough or Bust in '05. The Non Proliferation Review Conference' and 'NATO: Nuclear Sharing or Proliferation?"

Previously, Nigel worked for the Campaign for Nuclear Disarmament as a Press Officer in the London office from 1999 to 2002 and as a Regional Development Officer in Cumbria and North Lancashire from 1993 to 1999. He is a former teacher and has a research MA from the University of Alberta in Canada.

After 'resting' for 5 years, Nigel has been encouraged back into researching and writing about international relations and security issues by his former boss at BASIC, now the Director of NATO Watch