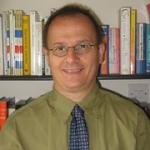 Martin Butcher is Oxfam's global policy lead on arms and conflict issues. He joined Oxfam in 2010 to work on negotiation of the Arms Trade Treaty, and nows works on a wide variety of arms, conflict and arms control issues. Martin has worked as an analyst of arms and disarmament issues since 1983. He is the author and co-author of numerous publications on the Arms Trade Treaty, conventional, nuclear, chemical and biological weapons, US nuclear policy, NATO strategy, NATO nuclear policy, French and British nuclear policies, the EU, nuclear weapons and nuclear disarmament. Before joining OXfam Martin was working as an independent security policy analyst, having worked until 2006 Martin as Director of Security Programs for Physicians for Social Responsibility in Washington DC. Previously Martin worked for BASIC, and for seven years, was Director of the Centre for European Security and Disarmament (CESD) in Brussels.