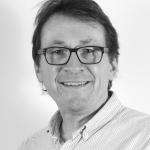 Dr. Ian Davis is the founding director of NATO Watch and an independent human security and arms control consultant and writer. He has a rich background in government, academia, and the non-governmental organisation (NGO) sector.  He received both his Ph.D. and B.A. in Peace Studies from the University of Bradford, in the United Kingdom.  He was formerly Director of Publications at the Stockholm International Peace Research Institute (SIPRI) (2014-2016), where he continues to be employed on a consultancy basis as Executive Editor of the SIPRI Yearbook.  Before that he was a freelance consultant (2008-2014), Executive Director of the British American Security Information Council (BASIC) (2001-2007) and Programme Manager at another UK-based think-tank, Saferworld (1998-2001).  He has expertise in nuclear arms control and disarmament, British and US defence and foreign policy, transatlantic security issues, the international arms trade and has made high-level presentations in North America, Europe and South Asia on these issues. He is an Associate Senior Fellow Armament and Disarmament at SIPRI.